The world is full of voices and sounds 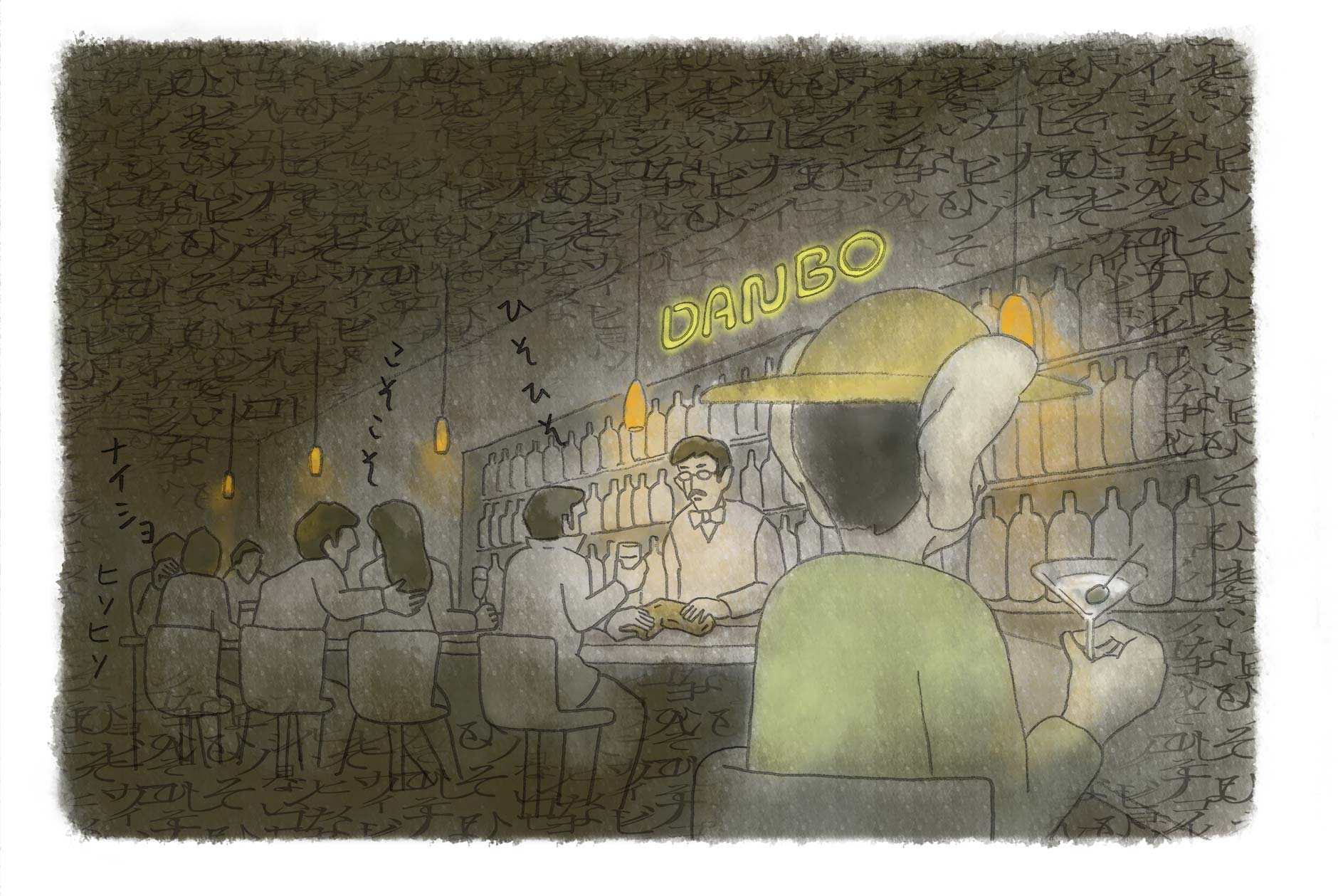 Here in Dementia World, there is a mysterious cocktail bar where the voices of all the people around you echo loudly in your ears. You cannot stop thinking about what you hear: a plan to assassinate the president, a rumor of treasure hidden in the “Sleeve Tunnel,” and other such plots and tales. They are all being whispered in the corners of the bar. Distracted by these stories, you are unable to concentrate on the conversation you are having with the person sitting in front of you.

I wonder if you have heard of the “cocktail party effect.” It refers to the brain’s ability to focus your attention on particular voices or sounds that you need to listen to, even in noisy environments. At a party, you can pick the voice of the person you are talking to out of the sounds of many people talking loudly to one another. I also think many of you have the experience of hearing your name, and probably your name only, in a conversation happening in the distance.

My experiences may be a little different. When I am having a conversation with my family in the living room, I might get distracted by the sound of the television and miss what they say. On the train, there have been times I was unable to continue reading a book after being distracted by the conversations of people around me.

Recently, I have also started to have strange experiences that are different from simply having difficulty picking up or concentrating on specific voices or sounds.

One such experience happened when I was at a neighborhood association gathering. As the chairman was talking into the microphone, some people sitting nearby began to talk quietly about something else. When they did that, I found I could no longer catch the chairman’s voice coming from the speakers. Although the chairman’s voice was certainly louder, the voices of those nearby were the only sounds reaching my ears.*1

Later during the chairman’s speech, some audience members spoke out loud at the same time. Every time it happened, I could not tell which voice to listen to*2. Eventually, I gave up on following the discussion.

I felt as though I were being dragged to the left when I wanted to go right, or as though I were driving a speeding car and had lost control. My ears were being pulled in various directions. Forced to keep listening to things I did not intend to listen to, I was utterly exhausted by the time the gathering was over.

On another occasion, I was enjoying a conversation with my neighborhood friends in a café when an ambulance passed by outside with its siren blaring.

After we all took a quick glance out the window, my friends picked up the conversation again after a brief moment, as if nothing had happened. However, I was not able to follow the conversation any more, as my attention was already taken by the sound of the siren.*3 I was still making some responses when my friends talked to me, but the conversation was no longer fun at all; I really wanted to leave the café and go home. I felt as if the siren took my hearing captive. Even after it was long gone, it kept sounding loudly in my ears.*4

After I kept having these experiences frequently, I started looking at people’s mouths when talking, hoping that doing so would help me concentrate and catch what they are saying. However, another strange thing happened again…

My husband was telling me about his work. I was focusing on his mouth in order not to miss his story. Then his voice suddenly became fuzzy, and I became unable to look away from the vertical and horizontal movements of his mouth.*2 Apparently, seeing and listening did not connect well in me. I was devastated by how difficult it became to pay attention to voices.

Recently, I have begun to pick where I meet people more carefully. I tend to pick places that are as quiet as possible. For restaurants, this means the tables are not too close, there is no music playing, and the staff do not yell orders and other things to each other. Also, I prefer places with subdued lighting because overly bright lights hurt my eyes.*5 I feel sick when the air conditioning is too cold, so temperatures are important, too.*6 I can speak longer and more comfortably in environments that are less stressful to my body. Such environments lessen the burden on my brain and do not make me tired quickly.

It appears that places that are friendly to me also allow my friends to feel at home and relaxed. I sometimes get compliments like, “You have good taste in picking restaurants.” There are quite a few restaurant review websites, so I hope they will start providing information on background music and other environmental characteristics.

When people with dementia enter the "DANBO the Cocktail Bar",
the following 6 mental and physical dysfunctions might be at play.