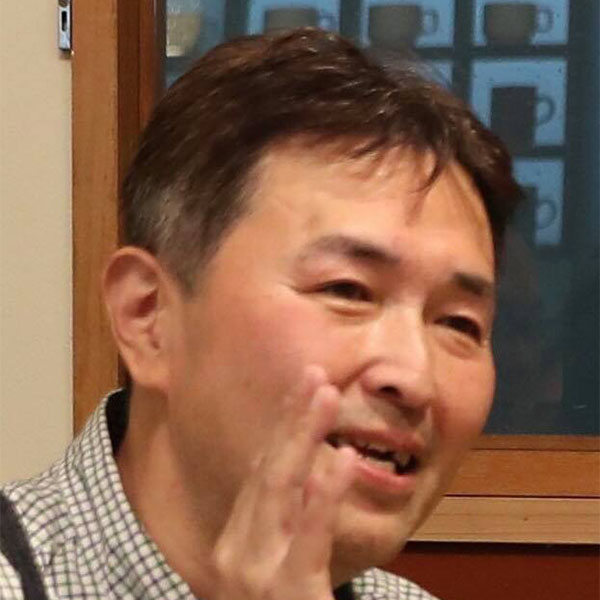 Formerly in printing and publishing

Having noticed my mistakes and changes in my language, colleagues at work recommended that I consult a doctor.
I was diagnosed with depression and took a six-month leave of absence.

I returned to work, and colleagues pointed out my mistakes. My supervisor told me that my depression had gotten worse than before.
I consulted a psychiatrist and asked for an examination of my brain. An MRI scan revealed large holes in my left and right brains in the facial view. I was diagnosed with Alzheimer's disease.
Because Alzheimer's disease was not understood as "dementia" at the company, I continued working in the same way for about two years.

My supervisor pointed out that I was making more mistakes and that my condition was getting worse again.
I told the psychiatrist that I would like to know what was wrong with my brain, and, after an isotope examination, I was diagnosed with dementia. I received a medical certificate stating that my symptoms were irreversible and that the prognosis would be poor.

When I submitted the medical certificate as requested by the company, I was told to resign; I was not able to go out for a while.

I moved to Itabashi Ward.

I looked for a job while receiving sickness and injury benefits, but there were no openings. Even when I made it to interviews, there were few openings, and I was assigned to those handling applicants with mental disabilities. The process was time-consuming. I gave up on finding a job and applied for welfare.

I joined a BBQ organized by the group and talked with those with the disease, supporters and doctors. For the first time in three years, I was able to smile and have a good time. With the support of the group, I helped out with Chiiki Living activities and cooked meals (as a volunteer), making use of my specialty of cooking.

I transferred to the Psychiatry Department of the Tokyo Metropolitan Geriatric Medical Center near Oyama Station in Itabashi Ward. I was examined by the doctor all over again and underwent an MRI scan, an isotope examination and a psychological examination. Subsequently, I stayed at the hospital for a night for an examination involving an bone marrow fluid extraction. In December, I was diagnosed with frontotemporal lobar degeneration.

I am currently switching to the disability support system from the insurance services that I had been using until May.
A lawyer who I met at the juvenile dementia group became my legal guardian. I am receiving welfare, disability pension, and the intractable disease benefits and having my caseworker and the lawyer who is my adult guardian manage my finances.

Participating in Chiiki Living, children's cafeteria and the monthly drinking get-together organized by Ponte (group of people with dementia)

I want to open a restaurant with people with dementia in Itabashi Ward and create a place where many people can cook and feel happy.

clearing up after meals

Frontotemporal lobe degeneration (behavioral variant dementia, semantic dementia) is an intractable form of dementia, and I would like people to know about this disease for which there is no cure and no treatment method.
Although people with dementia most often live with family, I would like people to turn their eyes to those with dementia who are living alone, too.
I would also like people to understand that, even with the same disease, people with dementia take different medications and have different symptoms. Due to differences in family structures and other elements, 100 people are unique in 100 different ways, and 10 million people in 10 million different ways.