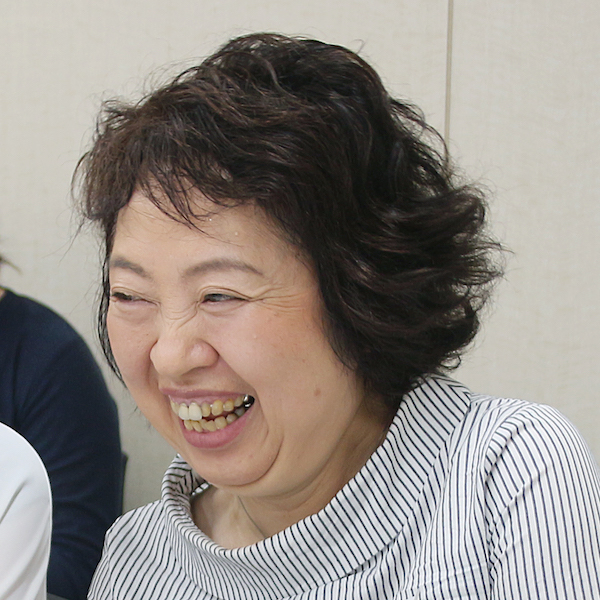 Lives with one child

A friend who received my New Year's greeting card expressed concern about the disorder of my letters and recommended that I see a doctor. I went to the hospital and was diagnosed with depression. Although I was doubtful, I was placed under observation. (I did not take medication).

As an increased number of things at work and in daily life became time-consuming or difficult, I visited the hospital again and was diagnosed with juvenile Alzheimer's disease.
When I reported to my family doctor that I had been diagnosed with juvenile dementia, I was told that "juvenile dementia can make me completely disabled in five years." I was deeply shocked.
I told my colleagues at work and close friends about the diagnosis but did not want my neighbors to know.

A friend of mine told me about a social gathering for people with juvenile dementia and their families (which later became "Ayumi no Kai"), and I attended. However, I could not fit in because other participants were predominantly male.
For about two years, I went only occasionally to the gathering.

I took a leave of absence from work. At Ayumi no Kai, I met a lady participant with dementia and was able to talk with her about difficulties we were having and how we were living our lives. I regained my energy. I began to think, "If there is something I can do now, I will do my best."
I attended a lecture by Tomofumi Tanno in Nagoya City and met Mr. Tanno.

I started to give lectures, hoping to "cheer up those with the disease."
I visited and inspected Mr. Tanno's Orange Door.

I became a member of the Dementia Specialist Subcommittee of the Nagoya City Nishi Ward Community Comprehensive Care Promotion Council.
I established and became the representative of "Orange Door Mo-Yakko Nagoya," a consultation service for people with juvenile dementia.

I started "Traveling Orange Door" to meet and energize people with the disease when I visited other prefectures to give lectures.

Doing Yoga and exercising at the gym
(Because it takes time to change clothes and I cannot lock the locker.)

Going out for drinking and traveling with friends

Interacting and energizing those with the disease

Visiting various cities for lectures or other purposes, meeting many people, and eating delicious food

Putting on makeups and changing clothes; I do sometimes have trouble, but there are people who are willing to think together with me and help me.

I feel that I need to send out information to those with the disease. I would like to resume blogging.
I want to tell my story as much and as long as I can.
I would like to provide VR of dementia symptoms and promote its use in professional education.

I want people with dementia to come outside.
I would like to tell them not to stay home all the time and instead come outside because, once they are out, people will help.